This project provided me a way of time controlling a Spore doorbell using an Arduino and a RTC module. The doorbell notifies reception workers during regular hours, while any visitors rest of the time, alerts the night shift workers in another location. The latter was achieved using a "hacked" radio alarm button (sending a radio signal to an alarm receiver), but is also possible through an optoisolated output (selectable by a DIP switch, controlling some other equipment). 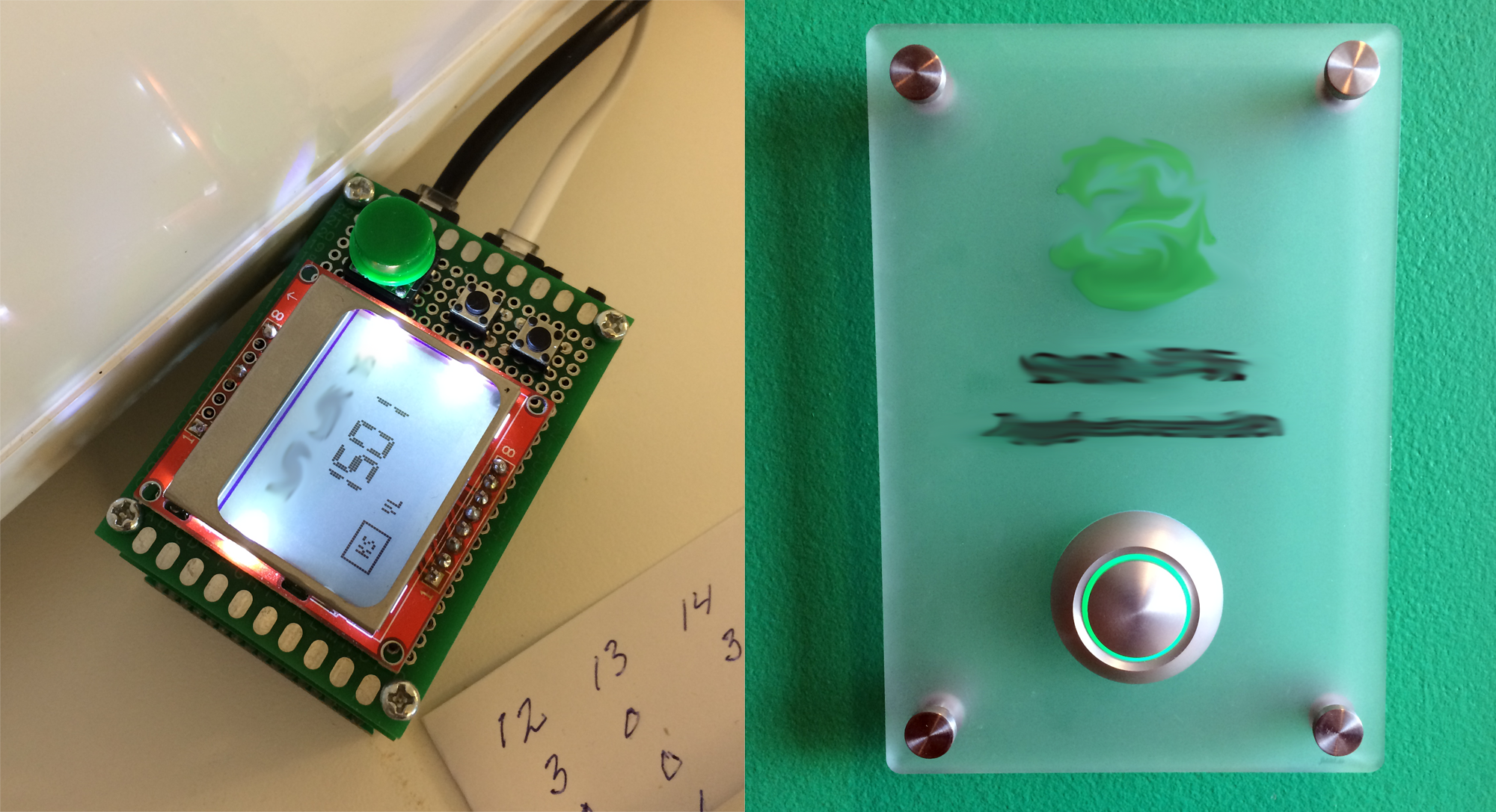 The Spore doorbell button is mounted on a frosted acrylic plate. The included circuit board and LED is rated 6-12V DC, so I decided on adding a RGB NeoPixel instead, allowing me to control the colour and any user feedback (the LED blinks when the button is pressed). 5V is fed through one of the 4P4C-jacks on the controller, which also includes the button input to the Arduino.

The green click button on the controller itself makes it possible to manually select receiving location (in case of lunch breaks and similar). It is possible to toggle between either, both and none of the locations. The square around the two characters at the bottom of the screen indicates current location. The two small click buttons allows the user to adjust the current time if needed, in +1 hour/minute increments.