BeOS is an operating system for personal computers first developed by Be Inc. in 1990. It was first written to run on BeBox hardware.1 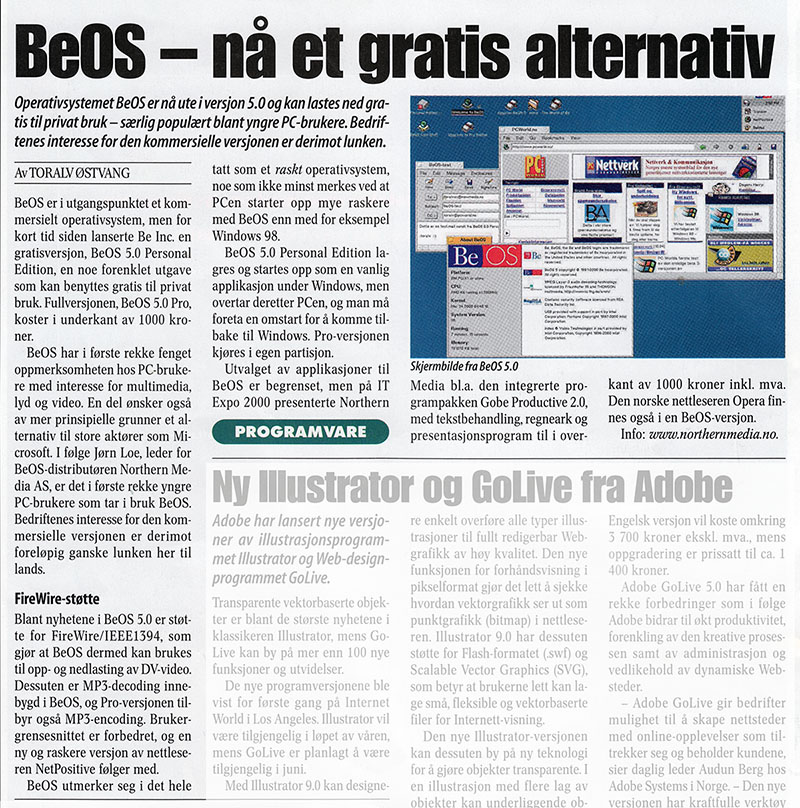 It's been over 20 years since I first read about BeOS in a magazine. After installing, I fell in love instantly. Sadly, however, at that time, it was already pretty much too late. I have since followed the Haiku Projects recreation effors. This is no attempt to write a love letter, but merely a random collection of old (and mirrored) files, screenshots and documents — mostly for nostalgia.

My (teenage) attempt (and excuse for experimenting with web development) to "reawake" the norwegian BeOS User Group (BUG Norway) back in 2003. I don't remember what happened to the original user group, but it likely disappeared around 2001-2002 (last Internet Archive snapshot from 2001-03-07: BUG Norway (www.bug-no.org) | "shutdown notice" dated 2002-06-02). For some time, the bug-no.org domain was redirected(?), but when it expired at the end of 2003, it was replaced by bug-nordic.org, and later hug-nordic.org (now a Haiku User Group). No longer active. 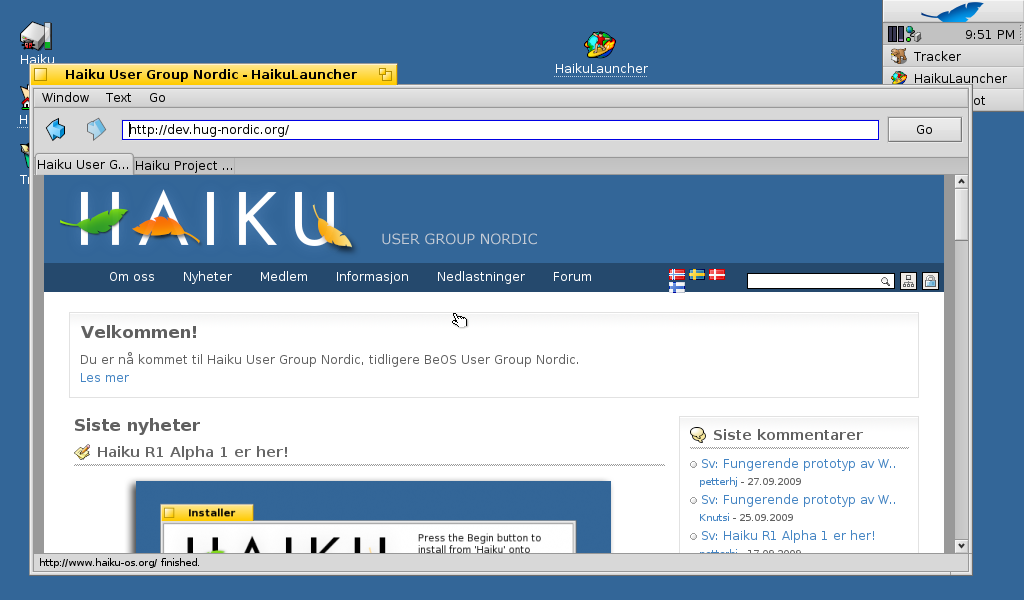 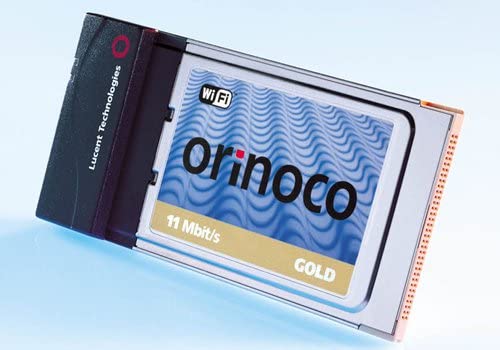 I bought my first laptop — a used Dell Latitude C610 — in september 2003. BeOS R5 worked mostly out of the box, except for, and most notably, the built-in wireless networking card: a Dell TrueMobile 1150 (MiniPCI) — later "substituted" by a true ORiNOCO Gold (PCMCIA), which worked well with BONE:

I guess this, as well as other issues (likely), prompted me to create the BeOS Laptop Page later that year. The project aimed to create a "hardware matrix" for running BeOS on laptops. Mentioned in The BeOSJournal #814 in may 2004. 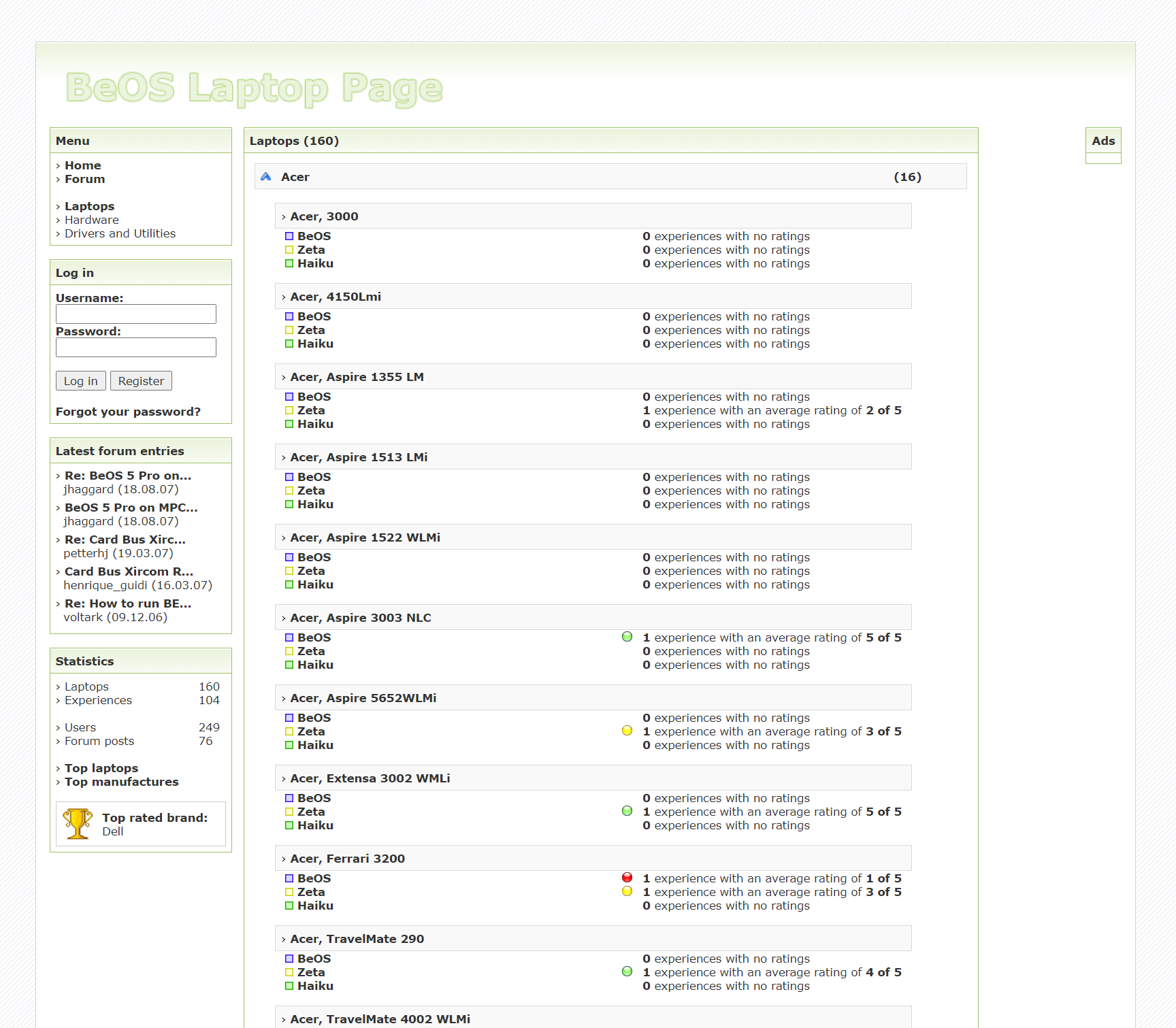 The "Haiku Icon Contest" was held during the fall of 2006 with an objective "to help develop design guidelines for the eventual creation of a full Haiku Icon Set". The winner was announced at WalterCon 2006:

The community has spoken, and as project leader Michael Phipps recently announced at WalterCon 2006, we have a winner for the Best Rated Icon Set Award: the honor goes to Stephan Assmus, for his Stippi icon set. Stippi came in first place with the highest average rating, closely followed in second place by the Honey, Zumi and Mc Clintock icon sets.

Somehow I was involved in creating a site which enabled users to vote amongst the submitted icon sets (17 in total i believe). (If I recall correctly, I advocated the adoption of icons from the Tango Desktop Project, but I'm glad that didn't happen!) The site was originally available from http://bug-nordic.org/iconcontest/ (expired domain) and http://bug-no.petterhj.net/iconcontest/, but is now accessible from http://hug-nordic.org/iconcontest/.

User Friendly is a webcomic written by J. D. Frazer, also known by his pen name Illiad. Starting in 1997, the strip was one of the earliest webcomics to make its creator a living. The comic is set in a fictional internet service provider and draws humor from dealing with clueless users and geeky subjects.2